I’m pretty certain every household has at least one Julia Donaldson book! We absolutely love all of her books including the Gruffalo, Highway Rat as well as The Stick Man. Given the success of the tours of The Gruffalo and The Gruffalo’s child a production has been made of The Stick Man

Scamp Theatre have previously adapted Julia Donaldson books and other shows to the stage to be enjoyed by families. They have now adapted the story The Stick Man into a stage show. The cast consists of 3 performers who are fantastic! Not only acting but singing, dancing and providing all the sound effects. 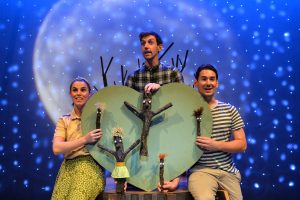 For anybody that doesn’t know the story it follows part of the life of The Stick Man. The Stick Man decides to leave his family at The Family Tree and go for a morning jog. Little does he know what will happen whilst out on his jog. Going from being caught by a dog, to being used to play pooh sticks and so much more before finally be saved unexpectedly by Father Christmas! 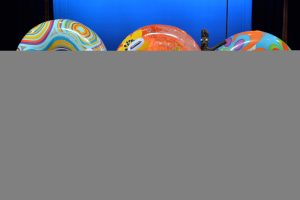 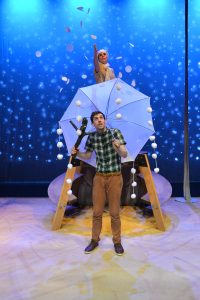 Did we love it?

We thoroughly enjoyed the show. There is a lot of audience participation during the show with The Stick Man and the Dog running through the audience. As well as catching and passing a giant beach ball. The show swiftly moves from scene to scene and although there are are only 3 performers you would think there are more from just how quick they change and prepare the next scene! Lola sobbed as we left as she wanted more Stick Man and then wanted us to find her a Stick Man! She hasn’t stopped talking about it since. Lola (and Laide) were both absolutely engrossed throughout the show. 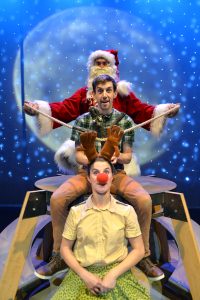 The tour is at The Orchard Theatre before then moving on to Salford until the 6th January. For further information visit Scamp Theatre.

*We were gifted the tickets to The Stick Man. All opinions are my own and have not been influenced in any way*