Lola was 1 of very few chosen babies to attend a photo shoot with The Gro Company after they advertised for models on Facebook. We entered her very last-minute and although we obviously think she is gorgeous we didn’t know what they would think as we really did not send the best photos over to them.

Only a couple of days later I received an email inviting us to the photo shoot the following week! We couldn’t believe it we were so excited and we knew Lola would love it!

We attended the shoot in London which was held in the most beautiful house. We met the lovely Gro Company Team and they made us feel so at ease and were making such a fuss of Lola. The shoot was held in a bedroom with all the photos being taken on a double bed which was fantastic as it was a more natural environment for Lola rather than being in a studio.

Lola was utterly amazing! As soon as she was in the Gro Bag she instantly laid down and was looking straight into the camera. She loved rolling around the bed and putting her head on the bed at the very right moments. She was in her element having the photos and took a shine to Ben one of the Gro Companies member of staff!

Lola started to get tired so whilst everybody went for lunch it was time to try to get Lola to sleep so they could capture some sleeping shots. I laid on the bed next to her and fed her as I knew if I was to hold her she would wake up immediately on the transfer. Within 10 minutes she was sparko which showed just how tired she was getting! Lola will always wake up to the slightest noise so I knew it would only be a matter of minutes until she woke up! Everybody rushed back from lunch to continue the shoot. 40 minutes later Lola was still sparko! Laying on her back! (She always sleeps on her stomach!!!) And barely even stirring whilst the photographer was climbing all over the bed capturing it all.

Check out this beautiful video of behind the scenes from the photo shoot! Lola features in it twice!!

The design of Gro Bags Lola was wearing were a new collaboration between The Gro Company and designer Orla Kiely. We were lucky enough to be able to attend the launch event held at the Orla Kiely shop up in London. It really is such a beautiful shop and some utterly beautiful designs. There are 9 different designs 3 of which are being released this month. The other 6 are being released in January. The designs include flowers, apples, birds and of course sausage dogs! 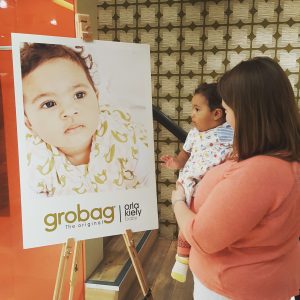 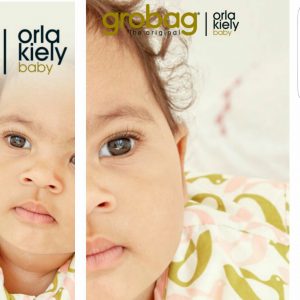 The whole experience has been fantastic and Lola has certainly enjoyed it all! Make sure and go over to The Gro Company or Mothercare to pre order the 3 designs being released this month and keep your eyes peeled in January for the further new designs. 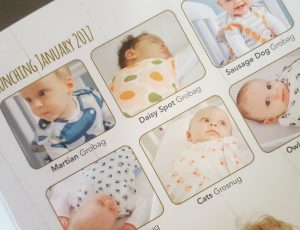 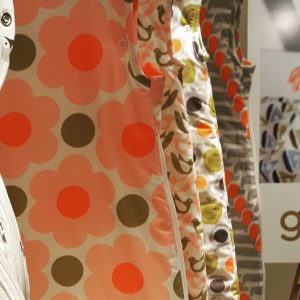 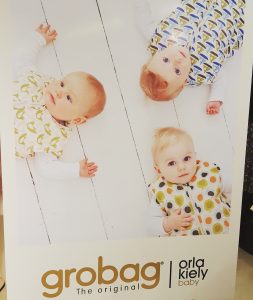 *Disclosure – In exchange for Lola’s photo shoot we were given 2 products from The Gro Company.

17 thoughts on “Lola’s photo shoot with The Gro Company”