Lola turned 15 months on Saturday and she really is such a little toddler now in every way!

Lola’s been quite ill for 3 or 4 weeks so she’s barely been eating, I was a little concerned about her weight so I decided to have her weighed last week. Last time I had Lola weighed it was January and she weighed 23lb 12oz and she now weighs 25lb 10oz! So I know that although she has been relying on breastfeeding she is still putting on a decent amount of weight. We have just started using size 5+ Aldi nappies but I think we might need to go up to size 6 soon. 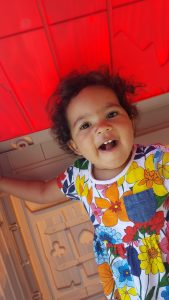 Lola has been so funny this month! One of her favourite things to say now is “Gone” if something disappears or she throws something on the floor she shrugs her shoulders and says gone! It’s so funny, however she will frequently throw something that she knows she shouldn’t just to say it! When we see fish she will say “isssssssh” or when we see horses she will say “orrrrrssse”. Sometimes when you catch her off guard she will say words so clearly! Another firm favourite for Lola is “moooooore”

If we are sat down Lola will babble to us what she wants and if we aren’t understanding then she will take our hand and pull us to where she wants to go and points to us. She knows that if she wants more water then to give us her cup and point to the kitchen saying more. Her facial expressions with everything are absolutely hilarious and she knows it!

Lola will sit down for ages trying to put her leggings or trainers on! She will also go and pick up our shoes and try and put them on our feet! Lola goes everywhere with her little Cath Kidston back pack and she knows exactly what goes in it! She is able to go and pack it herself! I just remind her what she needs to pick up!

Unfortunately, Lola has been so ill this month. She started off teething really badly and suffered more than she ever has. Usually she holds her mouth and is a bit grouchy. This time we had every teething sympton possible. One of her cheeks was constantly red, holding her ear a lot, the most horrendous nappies, and just generally being unwell. We had pretty much no sleep during this time at all.

Just as teething stopped or wasn’t quite as bad I think she must have got a viral infection. She was fine during the day but come the evening her temperature would shoot up. There were a couple of nights her temperature was so high that we nearly took her to hospital. Each night all she wanted was to be cuddled up to me but her skin was so hot to touch it was making her hotter.

She finally slept nearly a whole night so we thought that was a good sign! Little did we know that she would then wake up with a really nasty cold and very chesty cough!! She ended up having both of those for well over a week in the end! Thankfully, this weekend she has started feeling a lot better!

We’ve spent a lot of time doing activities locally for two reasons, firstly as Lola has been ill I haven’t wanted to go too far with her, secondly the weather has been so beautiful we’ve been able to make the most of it! 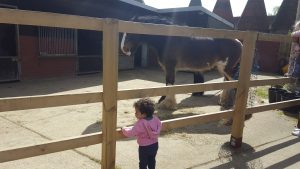 We went to see Mr Bloom at the Orchard Theatre! Lola truly enjoyed it so check out my review on the show! We’ve also been to the RSPCA centre, Little Fant Farm, White Horse Country Park all of which I will be doing posts on over the next few weeks! 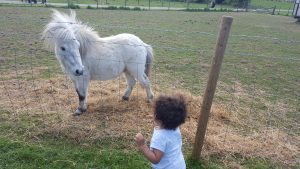 We’ve been really lucky Babs had some annual leave remaining to use before the end of March so he’s had a couple of long weekends. Lola is such a Daddy’s girl that she has been in her element having more time with him! One of Lola’s other favourite people is certainly her Uncle Taz. He came home from university for a week and she was hilarious! She went from being very shy, which is extremely unusual for her because normally she instantly wants him to being so over the top and showing off! 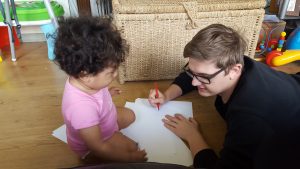 We also went to Port Lympe as we had free tickets from Kent’s Big Weekend. Each year in February balloting opens to receive free tickets to a Kent attraction for a weekend in March/April! We’ve been lucky to receive some good tickets each year and this year we got Port Lympe! We went along with my Mum and Lola was so excited to be showing Nanny everything! 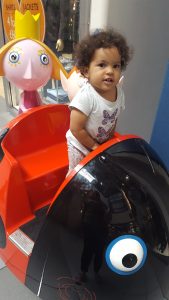 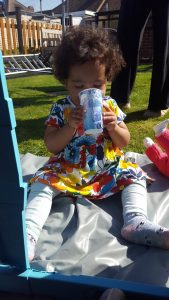 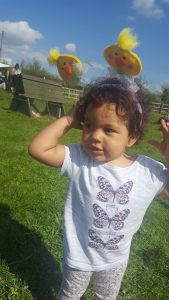