I know last month I said I wouldn’t do a monthly update until 18 months. However, Lola has changed so much in the past month that I want to carry on with them! I’m not getting Lola weighed monthly any more and waiting until she is 18 months to get her weighed next!

Last week we went through utter teething hell. Lola was absolutely fine during the days but as soon as it was about 5pm she really started to suffer. This would last the entire night and she would only sleep if she was curled up in my arms. Lola is a real minx and won’t accept any sort of pain relief. One of the days I managed to actually get 4ml of Calpol into her! It’s the most I managed but it was such an achievement!! Her 7th tooth is just piercing through the skin and I wonder if there might be another couple about to come through.

Lola has cut down on naps and is only napping once a day which has certainly improved her sleeping over night! She generally falls asleep early afternoon for anything between an hour or two and a half hours. She generally falls asleep feeding, some days I can move and get some bits done. Other days i’m stuck under her but it means that I can get some time just catching up on TV! She generally falls asleep around 7.30/8 and is fed to sleep. I know some people will say we need to stop this but Lola does not drink enough during the day so by feeding her to sleep I know she is staying hydrated. She normally wakes about 3-4 times a night. As she has been ill she has been in bed with us constantly but we will be starting to put her in her cot again for part of the night. For her birthday we bought her a gorgeous duvet/pillow set and she absolutely loves it! This is one of the only photos of her in her cot using it. She was awake straight after this! 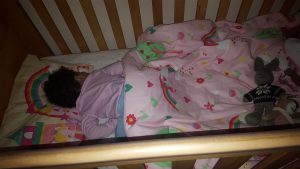 So we are starting to get to the stage of more words. This is scary because Lola already babbles so much that it won’t be long before she won’t stop talking! I don’t know who she takes after!? At the moment she can clearly say Mummy, Daddy, Nanny, Hello, Bye Bye, Goo Girl (Good Girl!) and Gandad (Grandad). She can also say Babs and knows that Daddy is Babs so if he doesn’t respond to one she will shout the other! It was really sweet last week Babs got home from work and she ran up to him and shouted Daddy! She tries to copy all different sounds when we say words.

So this month Lola has learnt that it is a lot of fun stamping in puddles! She found out how to do it when we went to Howletts Zoo. She spent a lot of the time running backwards and forwards and then stamping through every single puddle. This would be ok if she didn’t struggle walking in her wellies so was doing it in her shoes! 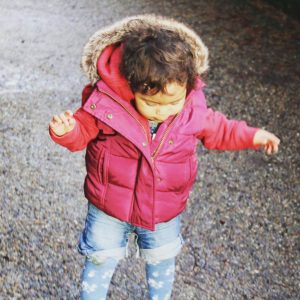 Lola has really been helping with getting undressed/dressed. She picks up her clothes and she knows what part of her body they go on so will sit trying to push her t-shirt on her arms or putting her leg in trousers. Her favourite at the moment is socks. She will pick up a sock, turn it round and then try to put it on herself or someone else!

I’ve really noticed as well the past few weeks that she is more than happy playing independently. This is fantastic for me as it means she can play in the play pen for a while just whilst I sort out washing, cooking or anything else I need to do!  She has also loved looking at books and will spent such a long time looking through each and every page.

Lola absolutely loves giving kisses and cuddles. She will give you a kiss and cuddle whilst patting you and then she starts saying awwww! It’s so cute because she even does this with her teddies and dolly! She will also blow kisses to people. 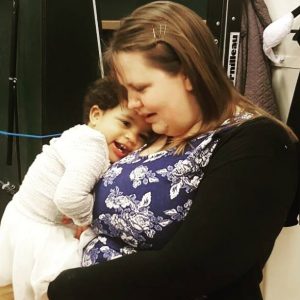 We obviously had Lola’s Birthday and Christening which was such a lovely day. I have written another post and shared photos so please go over and look at that!

After Lola’s birthday we had a family day out to London. Lola absolutely loves fish and for my birthday we went to Brighton Sea Life and she was in her element. So we decided to go to London Aquarium for her birthday! Of course she loved it! It took us 20 minutes to even get in as she stood on the glass bottomed bridge watching the sharks! Each time we started to walk away she would walk straight back. 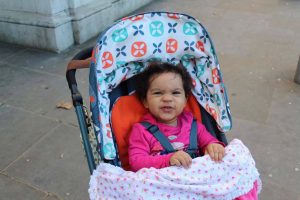 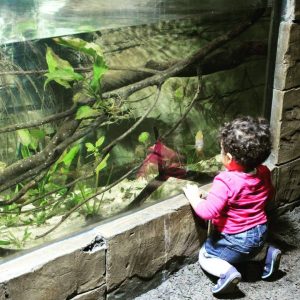 After Lola’s birthday we all fell ill so we were pretty much housebound for two weeks!

We went on holiday to Bluestone National Park in Wales from Monday to Friday at the end of January. It was absolutely fantastic! I highly recommend it to anybody! They do have a blogger scheme that I have applied for but at the time there was such a fantastic deal going I decided to book it anyway! We went with my Mum and my Grandparents so Lola was absolutely in her element with all the attention! We went swimming every day which of course is one of Lola’s favourite activities! She also loved being on the golf buggy! One of the days she fell asleep as soon as she sat on it!! 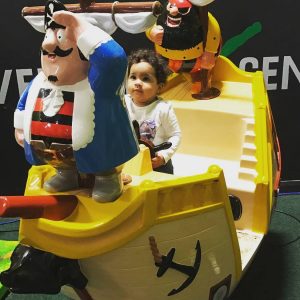 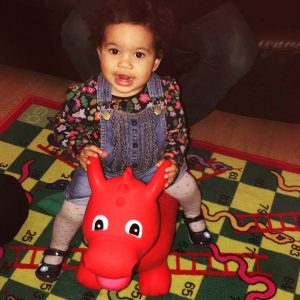 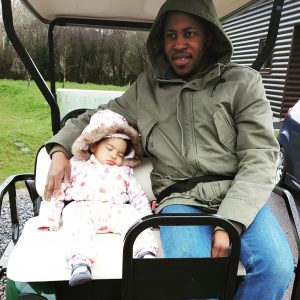 Here are a few more photos from the last month! 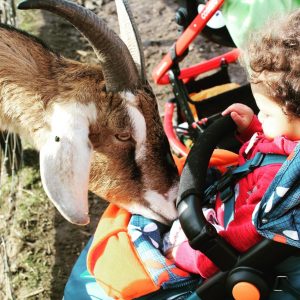 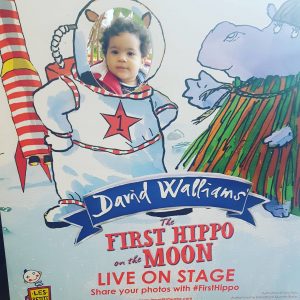 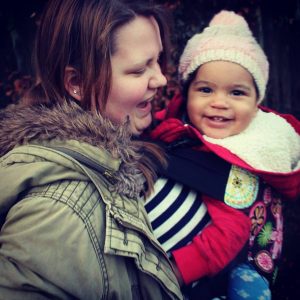 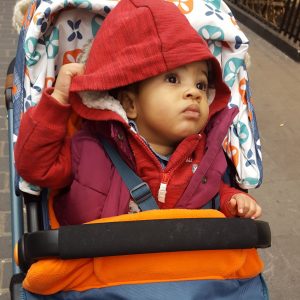 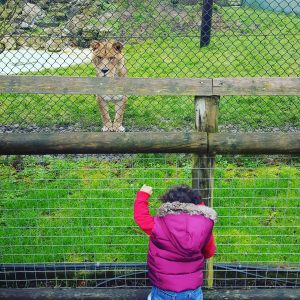