Lola turned 10 months old yesterday and it really has been the fastest 10 months of my life! I had her weighed this morning and she is now23lb 2oz! She has put on nearly 1lb in a month. I could tell she had put on a lot because my arms ache even more recently when carrying her! Lola is still in size 5 nappies and all her clothes are 12-18 months!

The biggest achievement this month has been Lola walking! Lola took her first few steps the day she turned 9 months and has not stopped walking since! I refused to buy her shoes straight away as she would not get enough wear out of them. After 2 weeks I bought her a pair and now she wears them most the time when we are outside! She is shoe size 4G. I couldn’t believe it on the very first day she scuffed the front of both of them! 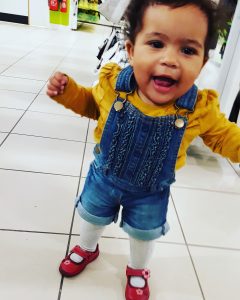 Lola now has 5 teeth. They have grown in a funny order but now they are coming through thick and fast. Thankfully she’s not been too bad with the last 3 but she really wasn’t well for a couple of weeks with the first 2. This does not give me much hope for the next few! 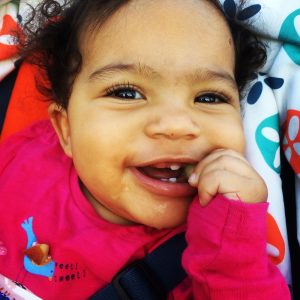 It was my birthday on the 30th October so we had a beautiful family day out. We went with my Mum down to Brighton to the Sea Life Centre. Lola absolutely loved it! We went on the glass bottomed boat which Lola sat on throughout. When the first shark swam underneath she instantly jumped into Babs’ lap but was soon back sitting on the glass watching all the sharks, rays and turtles. We spent a good few hours in there but could have easily spent so much more time as Lola really was enjoying it. 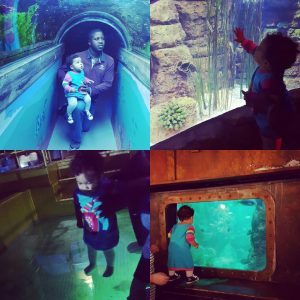 We finally got to meet the lovely Liska with her gorgeous little Lottie at the Baby Show. Lottie and Lola are so alike in everyway possible. The way they scrunch their noses, giggle and both boobie monsters. Both of the girls feature in the latest Gro Company Orla Kiely releases! We also spent the day with Sophie and her gorgeous little lady from Life as Mrs D 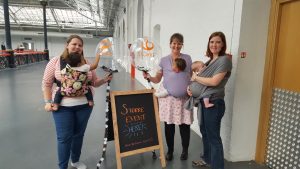 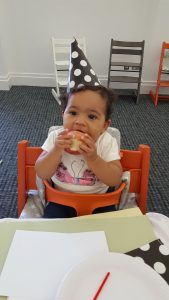 Lola loves her food without a doubt! This past month however she has been quite lazy with eating and accepting us feeding her quite a bit. This obviously isn’t baby led weaning but we have noticed it only happens with certain foods. She loves her spicy food still. We went to the BBC Good Food Show and Lola tried every piece of food that we could get our hands on! Stall holders were even saying to us not to give it to her and then stood in amazement as she ate everything possible!

Lola loves clapping all the time and also loves to wave goodbye to everybody! If there is music on Lola starts to bob up and down dancing and she finds it highly hilarious! She has become obsessed with our phones. She loves to watch us play Candy Crush and if there is somebody phoning she tries to say Hello (It does really sound like Hello!!) and tries to talk to whoever is on the phone. We are very excited as we have booked her 1st Birthday and Christening! It’s so scary that we only have one more update and then she is 1!! 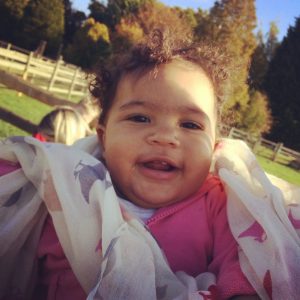 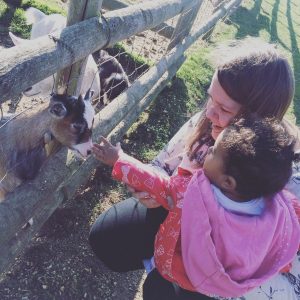 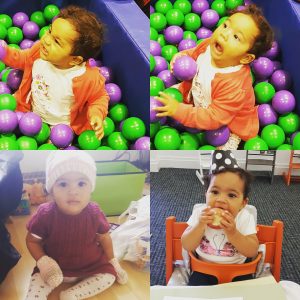