#Blogtober2018 A letter to Butlins

We recently went on holiday to your Bognor Regis resort in September. Up until we arrived on holiday we were all super excited. It was my 5 month old daughter’s first holiday. My 2 1/2 year old was so excited about going back to the place of her dreams with lots of rides, activities and swimming! And for us having some quality time as a family.

If only we knew just how the holiday would end up.

We booked the holiday back in January when I was 5 months pregnant. Something for us all to look forward to. Our daughter was born in May. Unfortunately we discovered she suffers from CMPA when she was about 8 weeks old. She can not tolerate any cow’s milk in any form.

Once we discovered this I contacted Butlins via Facebook to find out more information about food available being dairy free. We had paid a lot of money for a dining plan for us all. Although my baby isn’t weaning I am breastfeeding so it is vital that I eat nothing with dairy in. I was reassured as long as I let the restaurant know on arrival that there would not be an issue and a special dietary chef would come and discuss with me what I could eat.

We got to the restaurant on our first night and was told to speak to anybody behind the counter. I approached a chef on the grill counter and he told me he couldn’t do me a burger because he had cooked cheese on the grill. Thankfully another chef arrived with fresh burgers that had just been cooked so gave me one. The chef behind the grill though didn’t ask whether I needed more assistance with what else I could/couldn’t have.
I found another member of staff behind the counter and he was fantastic and told me he would get the Team Leader to discuss with me what I could eat. He was searching for her for a good 5 minutes before coming back. When she came back she had her personal phone to search for what I could eat because of an issue with the tablet. It meant searching for each item individually.
I was to embarrassed to ask any further as it was taking so long so ended up going for the only couple of items that I knew was safe. I was told there was only 1 dessert I was allowed. The team leader immediately went and got it. The only issue being that I had only just started my main meal! By the time it came to eating it, it was warm! I did go back and get another burger but was told the grill was cleaned and no cheese on it so he reheated the burger on it. I took a couple of bites and could taste cheese immediately (I know it sounds silly but once you have something you haven’t had in a long time you know the taste immediately)

At breakfast the first morning I only had plain toast and fruit as I knew they were safe and I didn’t want to go through everything asking again. I did however witness somebody putting more fried eggs out and the juice from the tray running onto the bacon. Somebody with an egg allergy could have easily come along and picked up those pieces of bacon.

At dinner the second evening it all went down hill again.
When I arrived I went straight to the Pasta counter to find out if it was fresh pasta with dairy in. I was told immediately yes. Funnily enough it was the same man who was on the grill the night before. Again he didn’t offer to get the Team Leader or anybody to help. Thankfully the same man who helped me the night before was working so I immediately approached him. He got the Team Leader and whilst we waited he was really lovely and really had an understanding on how a slip up can cause such an effect on my daughter. The Team Leader arrived with the tablet and she flicked through a couple of pages quickly. I did see on it though that it said the Pasta bar was safe with the Bolognese sauce which is what I had wanted in the first place. It got to the stage that it was just too much I was embarrassed I honestly felt like just crying in the middle of the restaurant – I didn’t feel I was entirely helped and that I was more of a hindrance.
At some point there was slip ups (I suspect mainly the burger incident) as my daughter was really not well on our second day and had a number of allergy nappies in the evening.

At this point I contact Butlins Customer Services and received a prompt reply basically saying that as I was still on resort to go and visit Guest Services. Well this was a complete waste of time. I was basically told what do you expect with a buffet! I could speak to a restaurant manager but nothing they could do.

Rest of the Holiday

The rest of the holiday continued to go down hill. Including chefs shouting at team leaders saying it’s not their responsibility to speak to me, being told what was gluten free and it was only because I double checked saying dairy free they realised the mistake. Honestly the list goes on.

As a result of all of this my daughter was very poorly throughout the holiday. This continued into the following weeks which included 2 visits to the doctors and a telephone consultation. What you don’t understand is that it takes dairy 3 weeks to leave my breast milk. It then takes a further 3 weeks to leave my daughter’s system. A whole 6 week process ruined by being given the wrong information and directed to eat the wrong food.

What you have offered!

You have offered me £53 in dining vouchers to be used in the future as a way of apologising. This is disgusting. Our entire holiday was ruined. My daughter was so poorly and still is as a result. Who knows what further damage this could have caused her internally. If I was ever to return to Butlins we would certainly never do the dining plan whilst allergies are involved.

I am still awaiting further response to my last e-mail 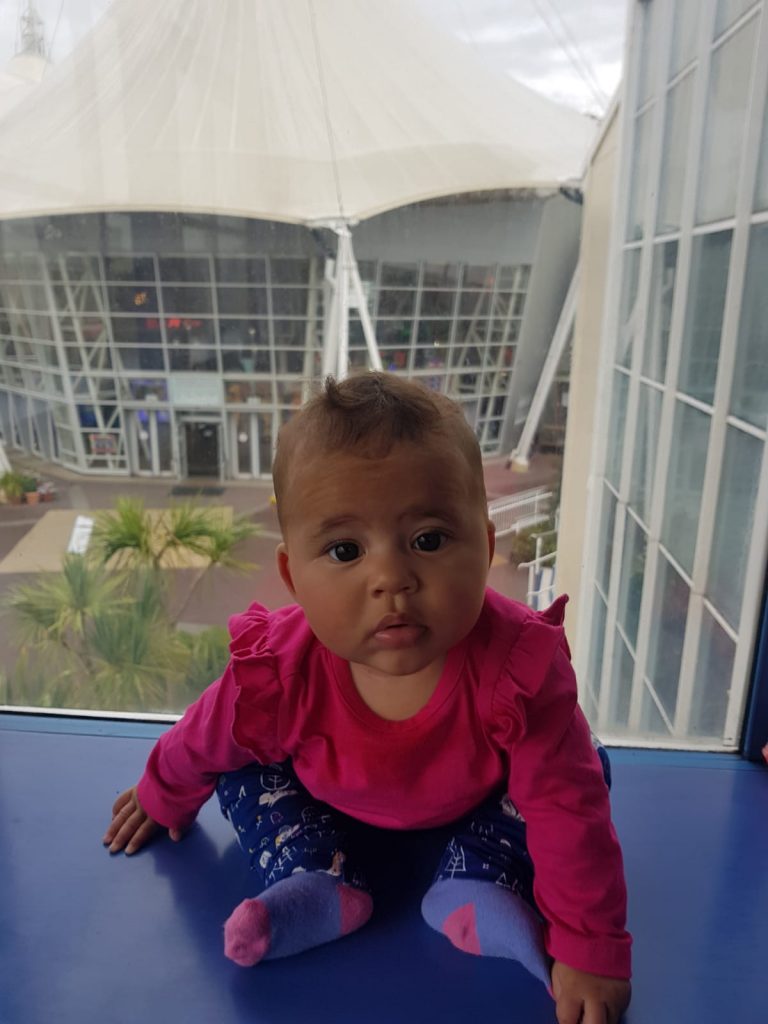 *This post includes a majority of my emails sent to Butlins*

7 thoughts on “#Blogtober2018 A letter to Butlins”