For anybody that knows me will know that I love to get new cars! Well they are second hand but they are new to me! My current car is the longest that I’ve had a car (nearly 3 years!) but as it is on finance that may be the reason why!! I am so gutted though that on my laptop I have no photos of my previous cars!

I passed my driving licence in July 2009! It feels forever ago that I passed! I bought my very first car about a week after passing. Knowing I wanted something like a Fiesta, Clio or KA it was a case of finding the right car! My first car ended up being a green 1997 Renault Clio costing £795! I absolutely loved it! It was the perfect car! It was only 3 door but it certainly got me from A to B and making the hour long trips down to university in Canterbury daily!

Somebody reversed into my Clio but instead of stopping as soon as they hit it they reversed down the entire side! As a result it damaged all down one side of my car causing a ridiculous amount of damage. Due to the low value of the car, the insurance didn’t seen any point in repairing it so they gave me the money! With that I then went on to buy a red Ford Fiesta.

I was in love with my fiesta! I even covered it in white butterfly transfers! It was so good to have 5 doors, I know as a driver it doesn’t make much difference but it did when driving other people or needing to put things on the back seats!

Just over a year later I again wanted to change my car! There was nothing wrong with my Fiesta but I just wanted a slightly larger car! I knew I was desperate for a Ford Focus! I looked everywhere but because of the insurance I could only really get a 1.4 engine. At that time it was impossible to find one with an engine the right size!

I was in Bromley one afternoon and thought I would pop in to the garage where I had bought my Clio. By pure chance they were just having a delivery of new cars and just so happened to have a Focus 1.4!! I was over the moon and instantly put down the deposit!! I was gutted though because I had to wait well over a week before collecting it but it was well worth it!!

My Focus started to have more and more problems and as I much as I loved it I was in the need for a new car! I found a car dealer in North London selling a Peugeot 307 that had really low mileage and was a fairly modern 307 which I was impressed with! I spoke to the dealer and agreed to go there the following morning. On the way I had constant phone calls from the dealer asking if I was going as if I wasn’t the car was going to auction! It was typical it was the one time that we managed to get lost on the way! My sister was with me and kept telling them not to worry we were on the way!!

When we arrived yet again I fell straight in love with the car! It was everything I wanted and more! It was such a distance and they were desperate to get rid of the car as it had come in as part exchange, so I decided buy the car there and then! We then had a rush to go and sort out car tax and sort out the paper work! It meant that we came home with my new car! We still have this car now and this is Babs’ car.

In February 2015 I was looking into much newer cars that I could get on finance. I had been given a Vauxhall Astra as a hire car when my car broke down. I loved driving it and how modern it was! Babs and I spent two whole weekends searching and searching for suitable cars. They were all either far too expensive or didn’t seem to get very much for the money.

When Babs was at work I went with my Mum to a Vauxhall garage and looked through all the different cars. As we were heading back in there was a black Astra that caught my eye! This would end up being our new family car! I would love to upgrade it in a year or so to something a bit bigger. There has been quite a few times we’ve been out and wished we had 7 seats. Especially when out with everybody including my Mum/Grandparents but for now my Astra will do! 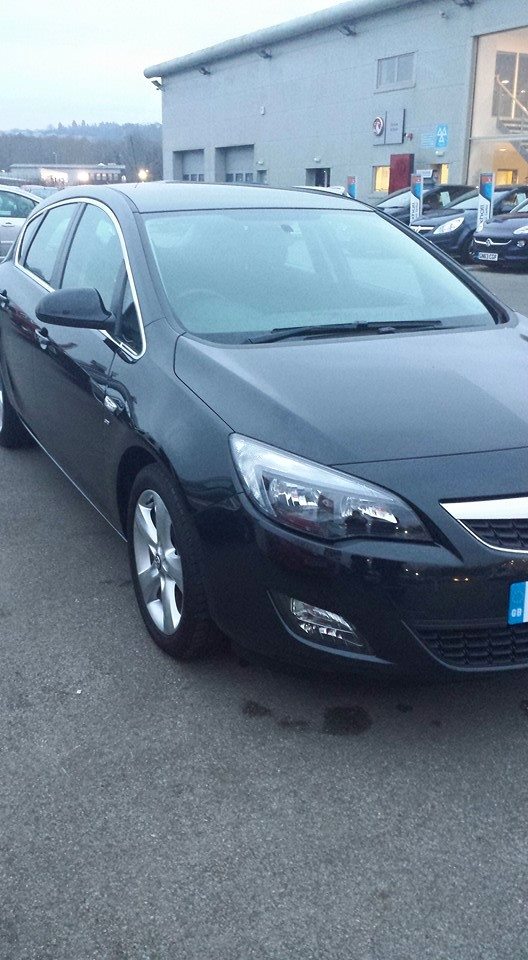