Are These Things Putting Your Family’s Finances In Danger? 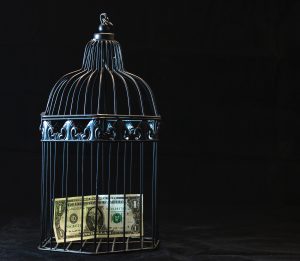 It’s pretty common to worry about money. In fact, it might be the most common cause of worry and anxiety that there is. People’s financial situation is constantly hanging over their heads, causing them to fret over even the simplest decision. If things get really bad, it can stop people from feeling able even to open their mail a lot of the time. Once things have reached that point, then it’s become pretty clear that things can’t go on as they have been and something has to be done. The problem is that it’s very difficult to know where to start. The answer is actually rather straightforward and obvious. Before you can solve any of your financial problems, you’ve got to be able to identify exactly what it is that’s causing them. Of course, there are plenty of potential reasons that you might have some money troubles. Here are just a few and how you can deal with them to get yourself back on track.

Out of control spending

This is by far the most common cause of a lot of people’s financial woes. In reality, most of us don’t actually realise how much money we’re spending on a day to day basis. You might think that a small purchase here and there won’t make any difference at all. After all, what are a few dollars count for in the grand scheme of things? While this might be true, the problem is that those few dollars start to add up over time. The only way to get this under control is to start budgeting more carefully. If you are able to keep track of your money, then you’ll probably discover that over time, those little purchases add up to a pretty significant sum of money that you could be using much more sensibly.

Debt can have awful effects on you beyond just your bank balance. It can have some serious, long-lasting psychological implications as well. After a certain point, dealing with large amounts of debt can make it feel impossible ever to get yourself out the financial situation that you’re in. Not only that but debt has catastrophic effects on your credit score. A lot of people tend not to think about their credit score, but a bad one can set you back pretty badly. This includes making it harder to get approved for a loan as well as discouraging landlords from accepting you as a tenant. Luckily, by checking out things like these Lexington Law credit repair reviews you can start to get your credit back in the black. It might not always be easy but it’s definitely worth it.

A lot of people don’t realize just how much less they could be paying for their household bills. By making just a few simple changes to your lifestyle, you can cut your energy bills by as much as half! Far too many people waste huge amounts of heat and electricity that basically counts as money down the drain. Look into ways to save energy and you will find that your general monthly outgoings go down significantly.

The reality of modern life is that your finances are always going to be the source of at least a certain amount of stress. The key is to do whatever you can to make sure that you keep them under control, rather than letting them control you!