Who knew that the Teletubbies have been on our TV screens since March 1997! 21 years! I was only 7 when it was first on TV! Teletubbies Live are now touring the UK for the first ever time!

As you would expect from a Teletubbies show there is certainly plenty of interaction singing and dancing. On stage we get to see all 4 Teletubbies as well as Noo Noo, Sun Baby and even the Rabbits! We meet Sam at the beginning of the show and she narrates the audience through the journey to meet and have fun with the Teletubbies!

There really was such a huge variety of ages in the show. Behind us there was a group with children all around the age of 1 they were certainly enjoying it. Laide is only 3 months and she was absolutely engrossed especially when two disco balls were spinning around. I think the prime sort of age has to be around 2 or 3 though. Lola was absolutely loving jumping up and down singing and dancing (once I had managed to prize her popcorn treat away from her!)

The first half of the show is 30 minutes  and due to the age of the audience it was certainly needed as a lot of children were starting to get fidgety. There is then a 20 minute interval followed by a further 20 minutes. The second half has most of the singing and dancing in so it is easy to get the children back involved with the show! 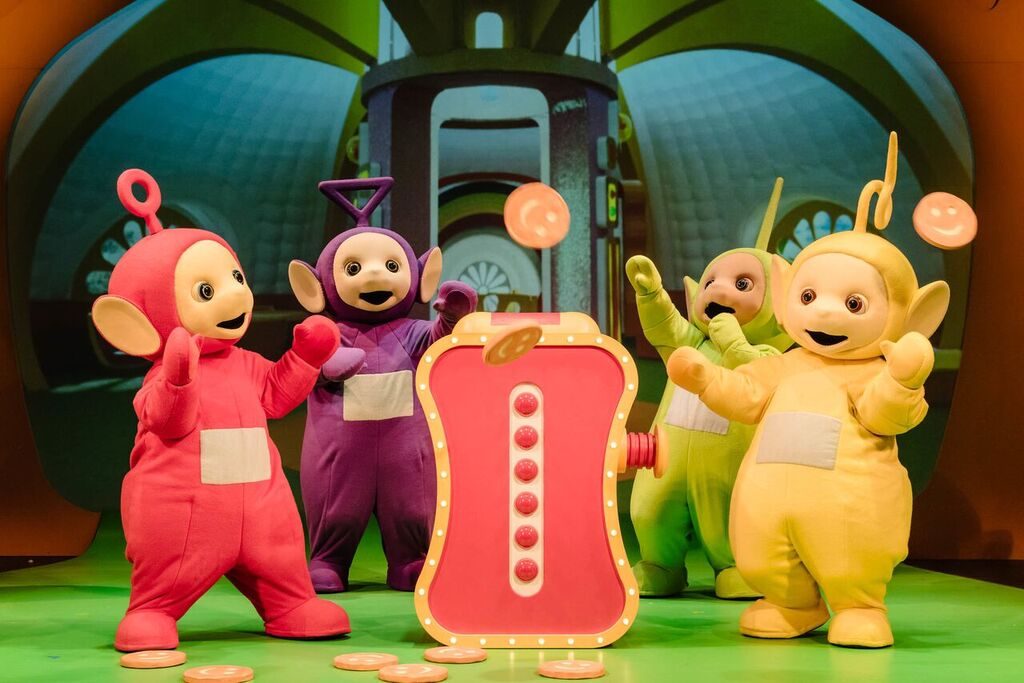 Where to see the show

Teletubbies Live is still touring around the UK. It is currently at The Orchard Theatre in Dartford (tickets are still available) and for the rest of the dates then have a look on the Teletubbies Live website.

*We were gifted the tickets to see Teletubbies Live at The Orchard Theatre. All opinions are my own and have not been influenced in any way*